The ISTF 2022 (II): The Beauty of Forgetting About the Box

It’s Friday! – The Last Day before the Grand Finale

The hallways were getting emptier, the atmosphere tense and the coffee breaks a bit more arbitrary as the last preparatory day of this year’s ISTF commenced last Friday morning in our location in sunny Nottwil. From the early hours on, our participants retreated back to their co-labs and kicked off the last working cycle with only one goal in mind: finalizing their output. However, great ideas are wasted if one lacks the competence to communicate them. But, do not fear, the ISTF wouldn’t be the ISTF if we didn’t think of a way to help our young brains tackle this potential hurdle as well. Thus, while the teams racked their brains behind closed doors throughout the entire morning, our four guests from REATCH arrived and, together with the coach board, prepared themselves for the masterclasses they all would teach in the afternoon. Similarly to the ideation classes on Thursday, the groups were again ordered to send one member off to each of the courses to ensure that, as a whole, they would be equipped with all skills necessary to then prepare their presentation for Saturday in the later hours of the day. But before our coaches and guests transformed the youngsters into experts on either stage presence, prototyping, storytelling and story writing, or leadership, it was time for an intermezzo. Right after lunch, the expert of challenge five, Raymond See Soon Cheng, saved our brains from the after-lunch standby mode with a captivating speech on the role of personal action in combating some of the pressing climate issues society currently faces. With this interesting take on such a pivotal topic, the participants were then sent off to the promised masterclasses and implemented these skills shortly after, as they then prepared and rehearsed their own presentations and set up the handouts for the big day ahead. 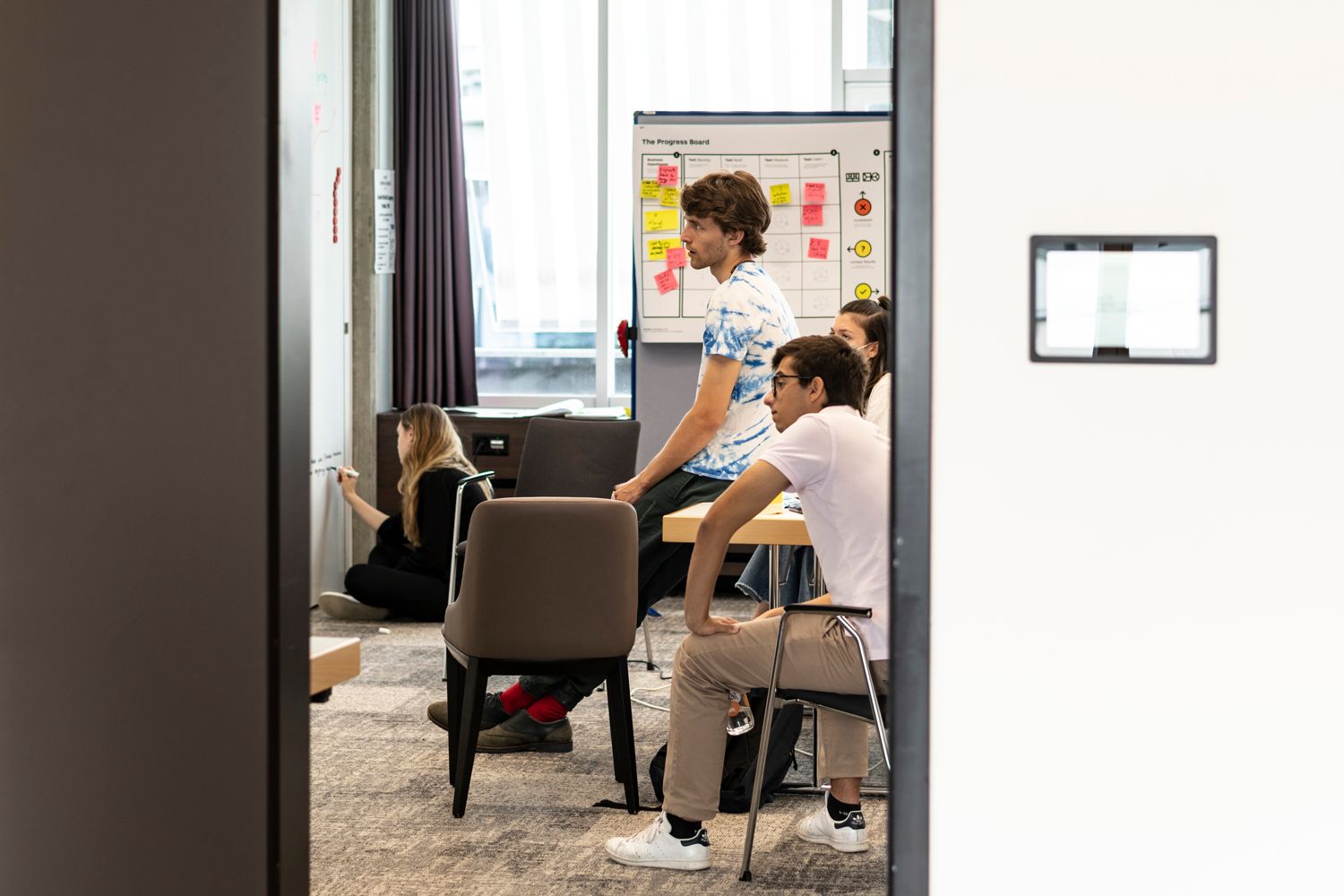 Said big day, then arrived in no time and all of a sudden, the calendars read Saturday! The destination of our participants’ journey was getting closer by the minute, but the last few steps towards the allegorical summit still laid ahead. After a last heartfelt pep talk, our coaches sent off their mentees to the auditorium and the final event began. In front of our participants, employees and affiliated guests, Prof. Dr. Ralph Eichler, president of the foundation board, officially kicked off the last agenda item of the ISTF 2022 and then, after handing over the stage to a number of other leading figures of the event first, the highly anticipated presentations of our participating teams began. The two and a half hours that followed, filled with pure awe on behalf of the audience, are hard to briefly summarize and a favourite project impossible to pick. From rethinking the supply chain and new ways of regulating it with a centralized software, a mental healthcare app to improve individual resilience, all over to plans on how to restructure the patent system in order to promote access to food as a fundamental right – the solutions were diverse just as much as this list is not conclusive. Prof. Dr. Giovanni Sansavini, one of our topic leader, and his co-host from Swisscom, Dr. Tim Prior, highlighted in their subsequent solution dialogue, how all teams came up with remarkable approaches and everybody who joined the final event couldn’t agree more. However, the concepts the participants presented were not only creative and fascinating to learn about, but they are also indicative of the capability of the young generation and the importance of events like the ISTF that encourage big ideas and gives them as well as the brains behind them a platform to prosper and flourish.

It’s a Wrap! – That’s it from the 11th International Swiss Talent Forum

Looking back, it’s mindblowing how far the teams have come in such a short period. From strangers with various backgrounds gathering one random Tuesday in Nottwil, all the way to functioning co-workers, co-authors, co-presenters and, first and foremost, friends, the ISTF’s magic once more did its thing. Focusing on resilience, a  “topic that get’s more and more important” in our society’s contemporary circumstances, as put by Steffan Arends, one of the participants, this year’s ISTF again took on a challenge not only of great intellectual interest but also of undeniable significance for global discussions. However, resilience was not solely a topic but also a motto. From the beginning on, the forum had put a special emphasis on mindfulness about personal psychological safety into the participants’ everyday work. An appreciated input that came in handy during the week, as for example Philipp Burkhardt, another young talent, describes it. “We were going from challenge to challenge in our work process“, he states, and “it would be bad if we didn’t”. However, while such hurdles are indeed normal, they can be hindering and it was not least because of the aforementioned input that the team was able to overcome this struggle. While this facet of resilience might not have been the main topic of the event, it’s situations like these that beautifully display the International Swiss Talent Forum’s true purpose. Not only is the annual event about encouraging the young contestants to think about improving the world on the big scale, but also about equipping them with the experience of a lifetime and a toolbox to make the best out of what they have yet to conquer – a goal also this year’s form definitely fulfilled. 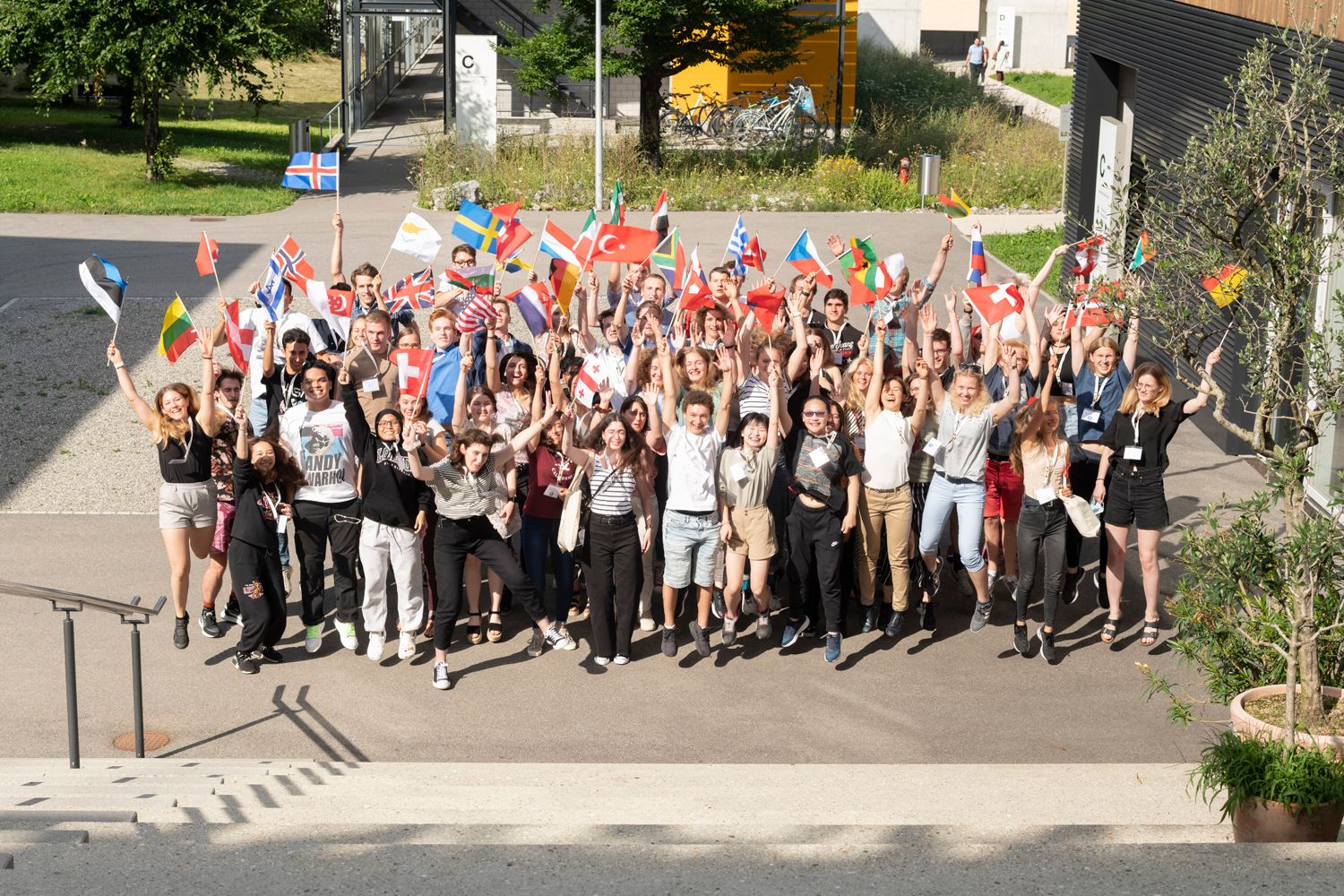 While the 11th International Swiss Talent Forum might have climaxed by now as the top of the mountain is reached, the journey of the project and its driving force, our young talents, are nowhere near an end. National participants are now officially part of our alumni network, where they will have the chance to participate in many other fun activities and events of our foundation Swiss Youth in Science as soon as they recovered from the last days’ endeavours. And while the strained brains of our 70 mountain climbers are off to their more than well-deserved rest for now, our tireless organizers are already back at working on their vision for the 2023 event. Understandable, considering how long it must take them to find a challenge that’s not low hanging fruit for such brilliant minds the ISTF always has the pleasure to host! The next years topic will be: Circular Economy.